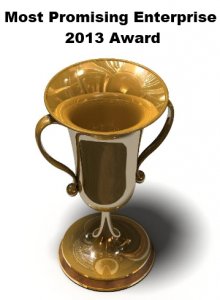 Launched in 2005, OpenERP grew very rapidly on an international level through its network of partners. OpenERP produces the open-source software OpenERP, a suite of business management applications. More than 200 applications (and 3,000 modules) are available free of charge. With more than 1,000 installations per day, OpenERP is the world’s most installed management software.

In addition, the award for “L’Entreprise Prometteuse” took place for the first time. This prize is to reward a young company still in its developmental stage, a potential future “Entreprise de l’Année”. Among the 40 shortlisted companies, OpenERP and Diagenode stood out from the crowd.

‘The jury has chosen OpenERP as the winner of “L’Entreprise Prometteuse de l’Année 2013”. Our decision has been particularly difficult, due to the outstanding qualities and innovative, ambitious projects of both finalists. The winning company has been rewarded for its outstanding performance and its great potential for development, both in Belgium and abroad. With an innovative, open-source product, which fulfils a clearly identified need, and a highly effective business model, OpenERP is positioning itself as a leader in its field for the years to come’, says Pierre Rion, chairman of the jury.

Looking out for OpenERP/Odoo installation ? 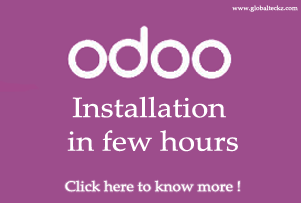 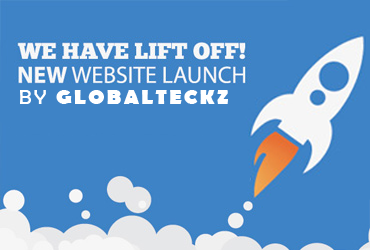 At GlobalTeckz we offer our clients with world class Business and Enterprise solutions. We are presence in France, India & Canada, and have successfully offered end to end solutions to our clients.
Some of our services offering includes leading Open Source Solutions such as OpenERP, Magento, Joomla & SEO services.

We deliver excellence and quality for Information Technology & Software Solutions to our clients worldwide.

Our Blog is meant for providing best & valuable information to people worldwide. We capture latest trends and ideas from experts and try to present in simple format to our readers

For More information you can visit www.globalteckz.com